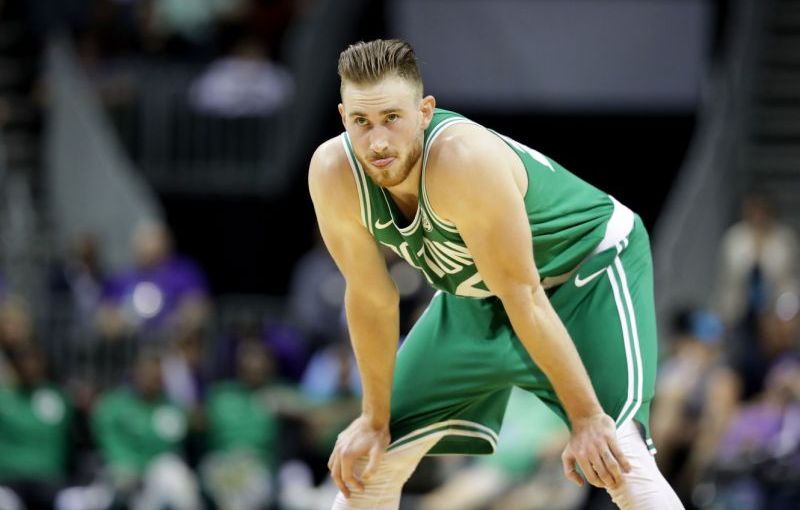 Many Celtics fans were optimistic about their team’s chances of dethroning the Cavaliers in the East, due to the addition of offensive dynamos in Gordon Hayward and Kyrie Irving. Unfortunately, the storyline drastically changed for Boston, merely minutes into their season opener in Cleveland, when Gordon Hayward gruesomely fractured his left ankle.

Hayward’s injury was so graphic that several members of the Cavaliers recoiled when seeing the shocking sight. It’s heartening to say that the Cavaliers and their fans showed extreme sportsmanship during the situation, by supporting and applauding Hayward while he was being carted off the court. The Celtics appeared to be shell-shocked after Hayward’s injury, falling behind early by as much as 18 points. However, in the second half they showed resolve, and even led in the closing moments of the game. The Celtics’ comeback attempt came up short when Kyrie Irving’s missed a fade-away 3 pointer over his former teammate LeBron James.

Here are some of the direct effects of Hayward’s season altering injury.

1. Kyrie Irving will need to showcase more leadership for the Celtics to be successful

When the season started, most fans were under the impression that the Celtics would thrive under the leadership of both Hayward and Irving. With Hayward out for at least a few months, the Celtics will need to rely on Irving’s leadership to move forward (due to their young nucleus). One common criticism of Kyrie is that he cannot lead a team by himself, due to the Cavaliers’ struggles from 2010-2013. However, the Kyrie Irving of 2017 is a different animal, who has the opportunity to prove his doubters wrong.

2. The Celtics will need to rely on their young wing-players to replace Hayward’s production

The Celtics’ young core of Jaylen Brown, Marcus Smart, and Jayson Tatum performed admirably against the Cavaliers, with Brown leading the team with 25 points, and Tatum having 10 rebounds. Smart was also aggressive on both ends of the floor. Kyrie Irving and Al Horford will need to rely on these 3 wing-players to fill in for Hayward. I believe that the trio silenced their doubters (including me), and that they need to play even better for the Celtics to play at a high level this season.

3. The Celtics may not have the depth to beat the Cavaliers in a best of 7 series without Hayward

The Celtics nearly beat the Cavaliers last night, after overcoming an overwhelming deficit and a devastating injury. The Celtics proved to the rest of the league that they cannot be overlooked, with or without Hayward. However, the Celtics may not have the depth or experience to win a 7 game series against a disciplined team such as the Cavaliers. As a Celtics fan, this is tough to admit, but seeing the crucial mistakes they made last night, they have to seriously improve if they want to topple the Cavs in the East.