Here are my picks for the NFL’s Week 11 slate (excluding Thursday Night Football). 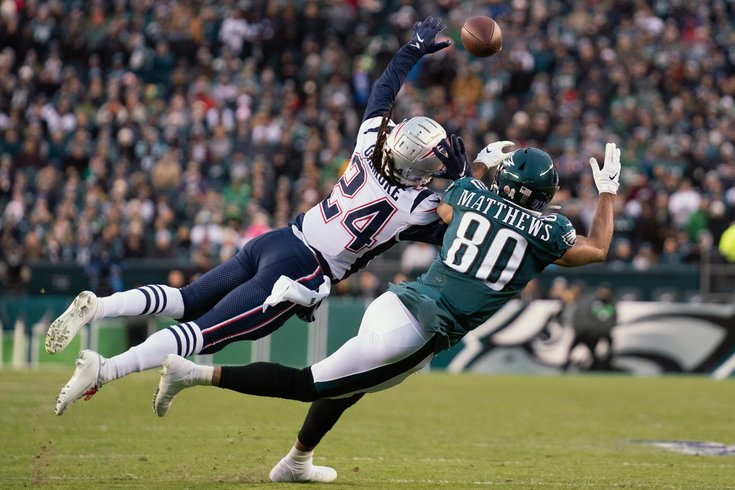 Yesterday’s game between the Patriots and Eagles (5-5) was a far cry from their high-powered matchup in Super Bowl LII, as the two teams combined for just over 500 yards in a game that featured 16 punts. The Patriots prevailed 17-10, and improved to 9-1 on the season, which keeps them atop the AFC through 11 weeks.

Here are some takeaways from yesterday’s victory.

1. Don’t count out the Patriots’ defense!

The Patriots’ defense didn’t get off to the greatest of starts in this game, as the very first offensive snap for Philadelphia resulted in a 49-yard pass interference penalty by Jason McCourty, which led to a field goal by Jake Elliott. The Eagles followed this up by driving 95 yards in over 9 minutes to extend their lead to 10-0 on a touchdown by Dallas Goedert (which was initially ruled an interception). The turning point of this game came shortly after, as the Eagles lost their All-Pro right tackle Lane Johnson to a concussion, which enabled Bill Belichick and the defensive staff to dial up the pressure on Carson Wentz. The Patriots were able to sack Wentz 5 times (including a strip sack by Danny Shelton), and prevented him from gaining any sort of momentum.

On Philadelphia’s penultimate drive, they were able to drive the ball down the field before failing to advance past the Patriots’ 26-yard line. Wentz threw 4 straight incompletions to end the drive, including a shot to the end zone that was dropped by Nelson Agholor on fourth down. Almost fittingly, this game ended the same way as Super Bowl LII, with the losing team launching an ill-fated Hail Mary attempt that wound up incomplete.

This a great rebound for the Patriots following their debacle in Baltimore, but there is still a great deal to improve on as the season progresses.

Once again, the Patriots’ offense appeared to be out of sync, and I think that much of their struggles can be attributed to the stout performance by Philadelphia’s defensive line. The Eagles feasted on a weak offensive line, and were able to consistently get after Brady, which forced him to scramble around on several occasions. The Eagles were able to sack Brady once, and hit him an additional 6 times. At the same time, Brady cannot be absolved from his poor performance, as he appeared to lack rhythm from time to time. For instance, the first double pass attempted by the Patriots could have resulted in an interception, as the throw by Brady was behind Phillip Dorsett.

With the Patriots floundering in the red zone, and trailing by a point in the opening frame of the second half, Josh McDaniels dialed up a trick play, which resulted in Julian Edelman throwing a touchdown to Dorsett. Following this, the Patriots executed a two-point conversion to give them a 17-10 lead they would not relinquish. In his first game as a pro, N’Keal Harry had 3 receptions for 18 yards, and will hopefully play a larger role in the offense as he becomes more comfortable in the system.

This was definitely an ugly performance by the Patriots’ offense, as they were able to move the ball, but struggled to maintain drives that could have put the game away. If not for spotty play-calling and execution, the Patriots easily could have won this game by double digits, due to the strong performance by their defense. As evidenced by a frustrated Brady during his press conference, the team is definitely aware that something needs to change on offense as they get closer to the postseason.

It’s not very common for the Patriots’ offense to be the weak link during a victory, but that was definitely the case yesterday, as the team’s special teams unit was spectacular against the Eagles. Nick Folk proved that he could be the team’s answer at kicker, as he was 3/3 on field goals that kept the team in the game during the first half. In addition, Jake Bailey, Matthew Slater, and Justin Bethel combined to form a formidable punting attack, as they were able to give Philadelphia bad starting field position on several occasions.

During his postgame press conference, Bill Belichick mentioned that the team ‘had fun’ during the game, which some saw as a dig at Eagles tackle Lane Johnson, who opined that no-one has fun in New England after the Eagles beat them in Super Bowl LII.

What’s next?: The Patriots head home to take on the Dallas Cowboys (6-4). This matchup will be interesting, as it’ll be the first time they play against Dak Prescott, Ezekiel Elliot, and the rest of the Cowboys’ young core.

The last matchup between the Patriots and Eagles (5-4) ended in heartbreak for New England, as they lost 41-33 in Super Bowl LII. Fortunately, Bill Belichick’s team was able to rebound from the loss by winning Super Bowl LIII, but there’s no doubt that a win in Philadelphia would mean a lot to them.

Here are some things to consider entering this Week 11 matchup.

1. Can the defense rebound?

The Patriots’ defense has had 2 weeks to digest their disappointing performance against Lamar Jackson and the Ravens, where they gave up 30 points and over 200 rushing yards. This week’s game should be intriguing, as they’ll face off against a dynamic young quarterback in Carson Wentz who is protected by a formidable offensive line. The Patriots should be able to clamp down on Philadelphia’s banged-up passing attack which will be without key weapons in DeSean Jackson and Alshon Jeffery. Hence, it wouldn’t be overly surprising to see Belichick place Stephon Gilmore on Zach Ertz, in an attempt to neutralize Wentz’s favorite weapon.

In consecutive weeks, the Browns and Ravens proved that the Patriots can be vulnerable against a power rushing attack, which may not bode well for New England in tomorrow’s game, as Doug Pederson has proven to be a coach that is committed to establishing the run. With the Eagles having a strong offensive line, and a speedy rusher in Miles Sanders, the Patriots will need to dominate the line of scrimmage if they want to limit Philadelphia’s success.

2. How about the offense?

The loss to the Ravens proved that the Patriots’ offense cannot afford to get off to slow starts, as early deficits can put a great amount of pressure on the team to deliver in the second half. I believe that this is the game where the Patriots’ passing attack will explode, due to Philadelphia’s subpar secondary. In addition, the bye week should have given Josh McDaniels additional time to draw up plays to utilize Mohamed Sanu and N’Keal Harry (if the rookie receiver is active). Either way, I’d expect Julian Edelman to have a huge game in the middle of the field.

On the other hand, the Patriots may have some difficulty running the football, as the Eagles boast the NFL’s fourth best rushing defense. I’d like to see the Patriots attempt to establish their running game, as it would help protect Brady from the likes of Brandon Graham and Fletcher Cox.

Here are my picks for the rest of the NFL’s Week 11 games (excluding Thursday Night Football). 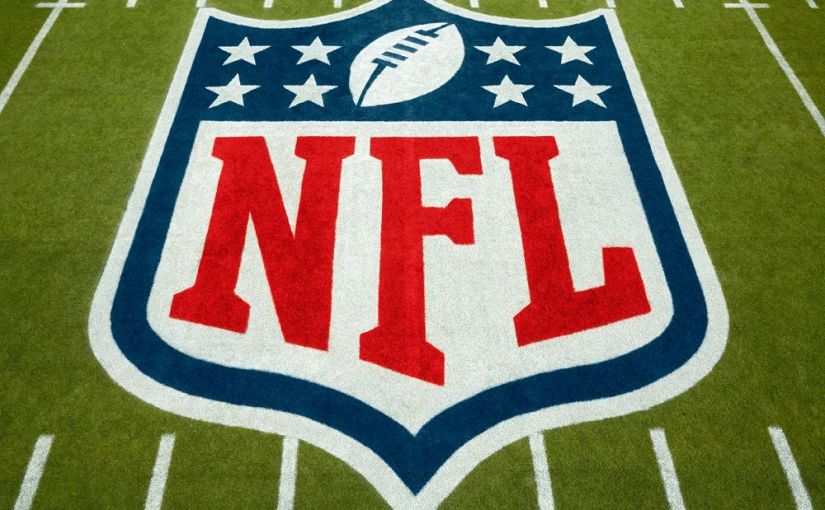 As the Patriots are on their Week 11 bye, here are my predictions for the NFL’s contests this week.