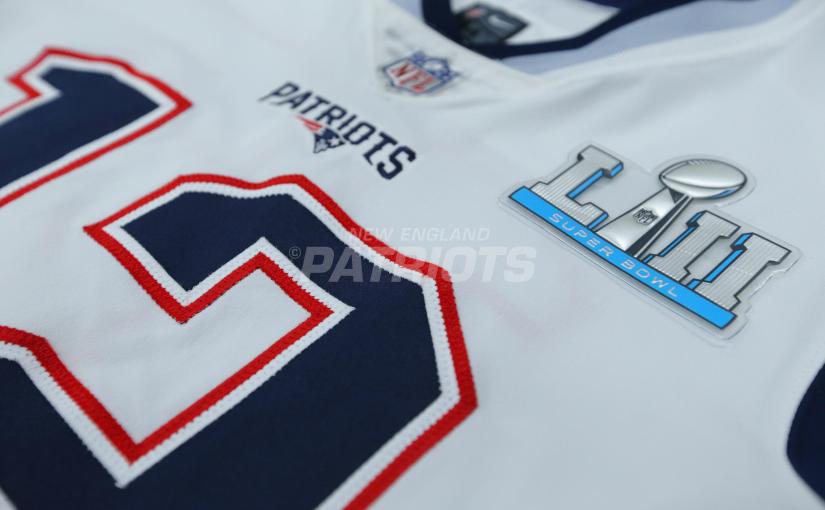 A few days ago, the Patriots announced that they will be wearing their white away uniforms in Super Bowl LII when they take on the Philadelphia Eagles. This may not seem like news for most people, as the color of a jersey doesn’t impact the outcome of a game, right?

However, if you are talking about the Super Bowl, it turns out that picking your jersey is actually quite important. 12 of the last 13 Super Bowl champions opted to wear their white uniforms during the big game (with the sole exception being the 2010 Green Bay Packers, who won Super Bowl XLV).

If you’re wondering how this trend has worked out for the Patriots, just see their history in the Super Bowl (relative to the uniform) under Bill Belichick.

(Note that the games in blue indicate a win, while the ones in red indicate a loss)

2. Super Bowl XXXVIII (vs the Panthers)

3. Super Bowl XXXIX (vs the Eagles)

4. Super Bowl XLII (vs the Giants)

5. Super Bowl XLVI (vs the Giants)

6. Super Bowl XLIX (vs the Seahawks)

As you can see from the pictures above, the Patriots are 2-2 in blue and 3-0 in white during the Bill Belichick era, with both of their Super Bowl losses coming during the period when teams in white dominated the big game. Ironically, the Patriots started the trend with their victory over the Eagles in Super Bowl XXXIX.

Here’s hoping that the decision to wear white in Super Bowl LII will help the Patriots fetch their sixth Lombardi Trophy.